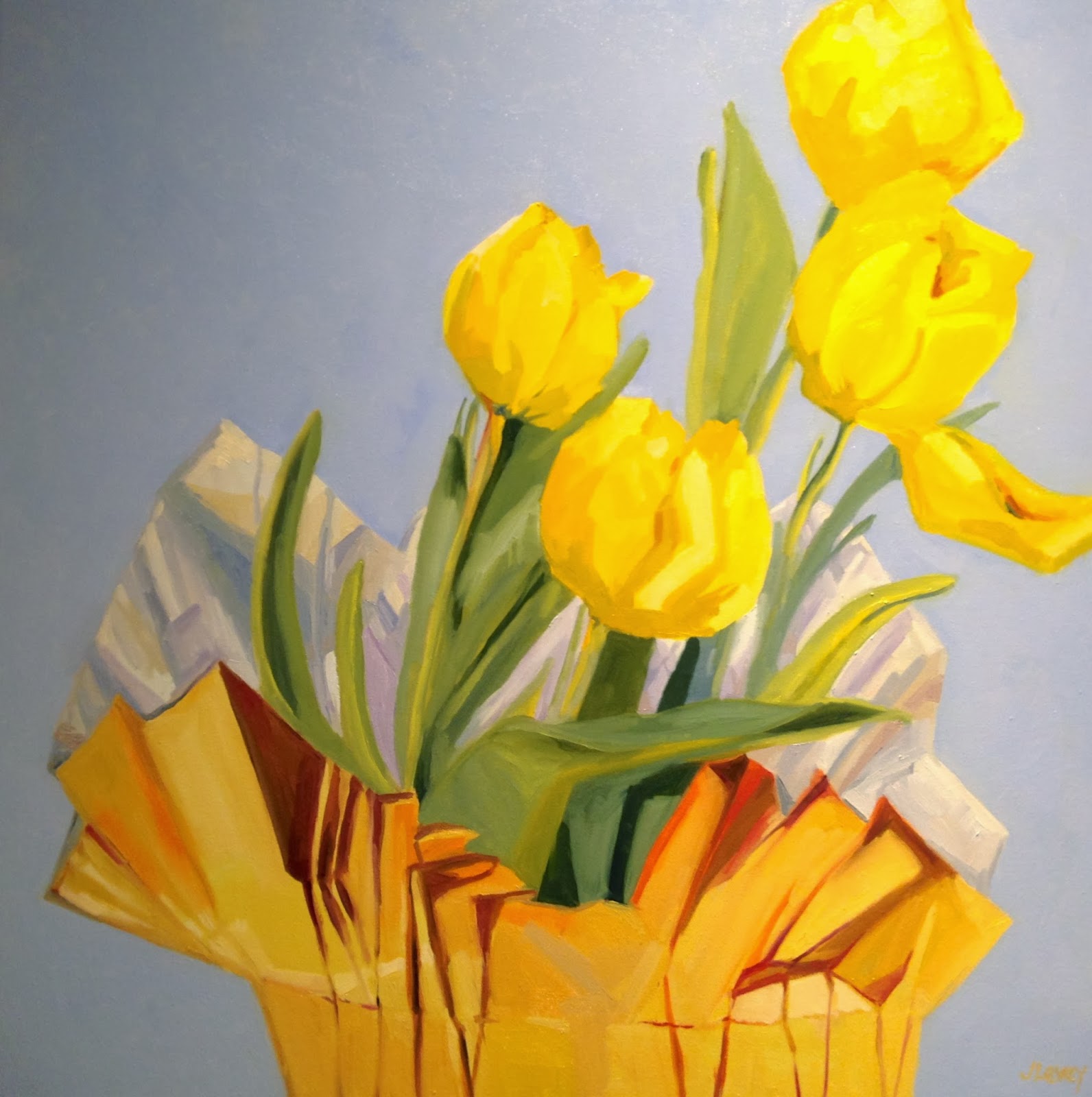 I finished the painting of big tulips. I was completely hijacked by the brightness of the blue and vivid light on the tulips when it's just so awfully gray outside.  Quite a difference from the smaller painting -- this should be interesting to see in my show next month at the Foundry.

The other painting I worked on today was a new painting based on a  beach painting last month.  Fiona and Susan are now getting their 2nd chance for a day in the sun.  Here's how it's progressing.  You can see the "on the beach" small painting posted a few weeks back. 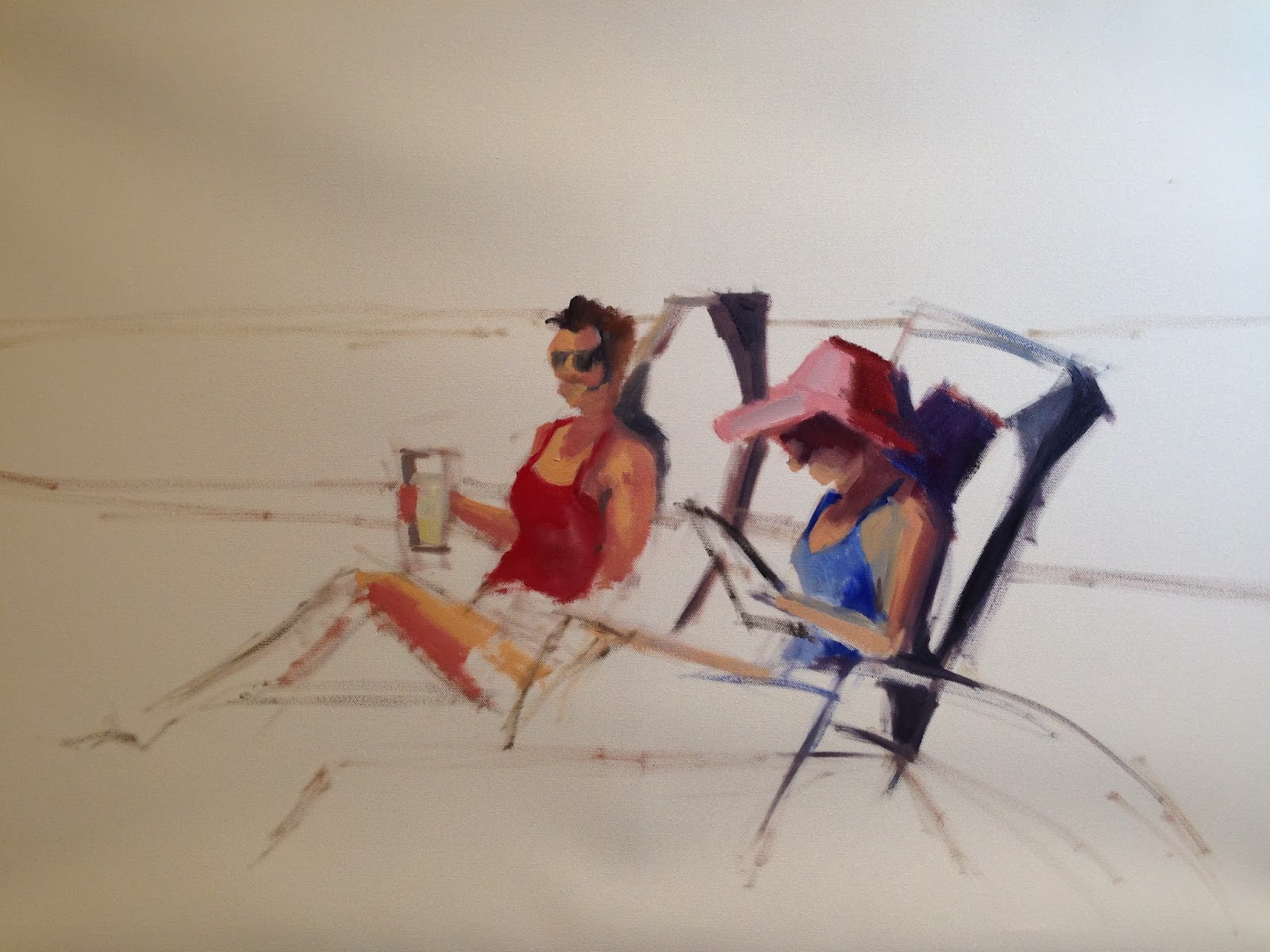 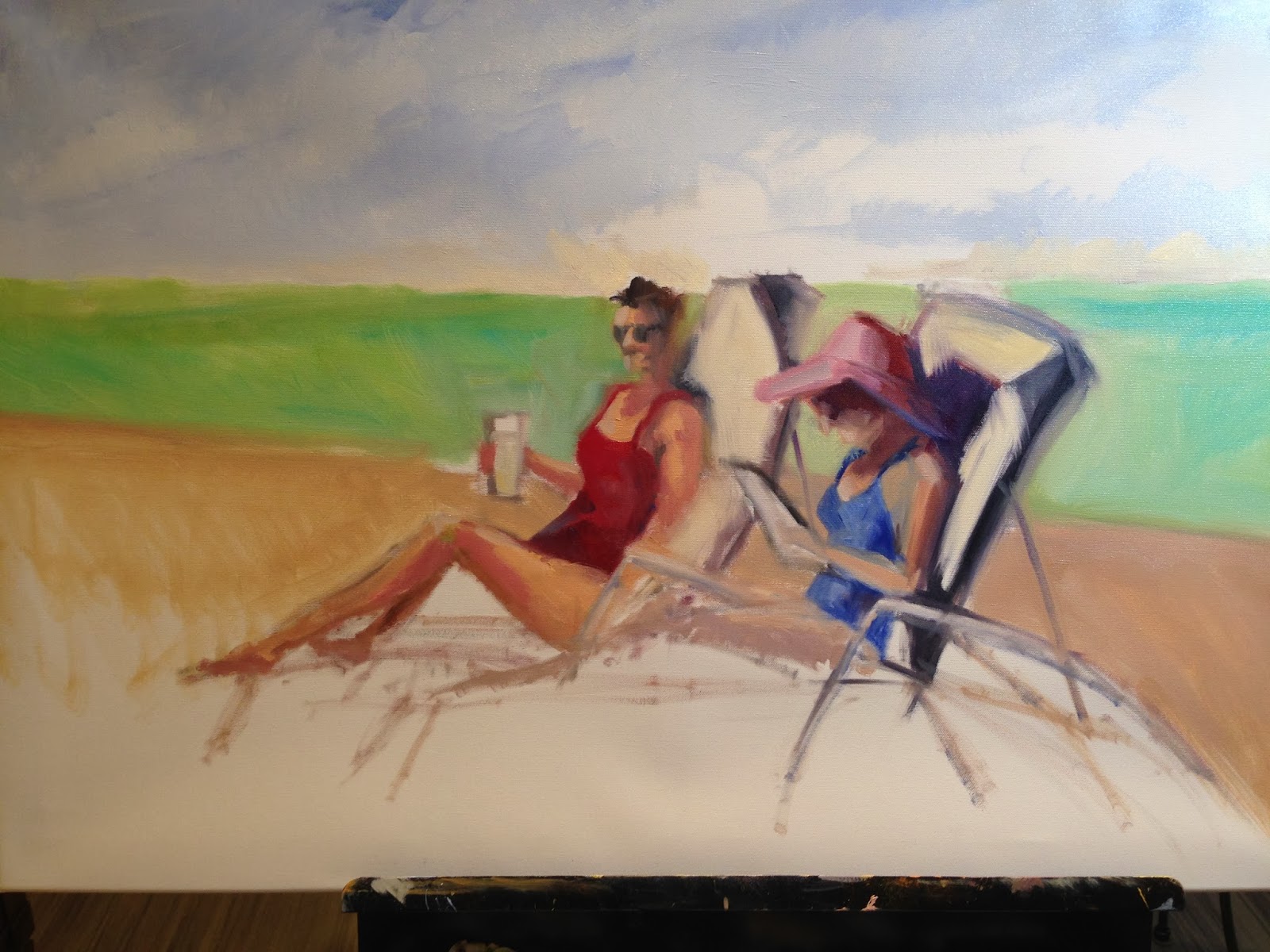 Posted by Judy Gilbert Levey at 1:53 PM No comments:

I got out a 36 x 36 canvas today for another go at the yellow tulips I painted last week.  This time, with the tulips (which are fading, fast) and the smaller painting as reference, I blocked in a close-up view of the flowers.  I'm going to change some of the light-dark relationships to play around with spaces between the tulips as much as the flowers themselves.  If all goes as planned, this will be the last painting done for the show that opens at the Foundry Gallery on April 2. 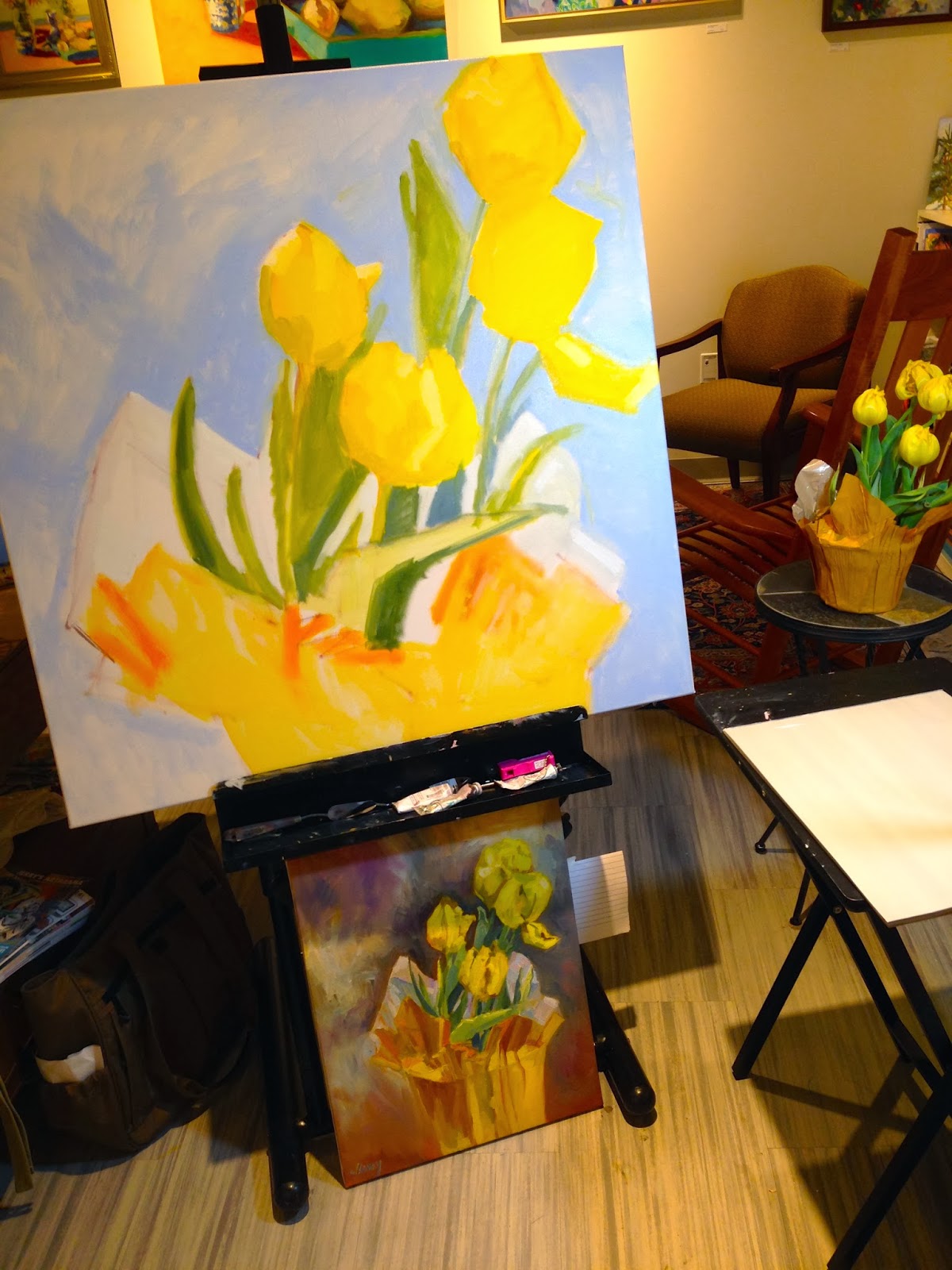 Posted by Judy Gilbert Levey at 3:00 PM No comments:

This week we celebrated the official "grand opening" of the studio with a reception on Thursday night. The studios were packed with people and it was a wonderful event.  During the event, each of us artists sold a piece, which made it an extra special evening.  Roses, Paris, Spring will have a new home with an art collector who owns two smaller works of mine.

The reception leftovers included potted tulips.  I painted them by themselves and then in their setting in the studio. 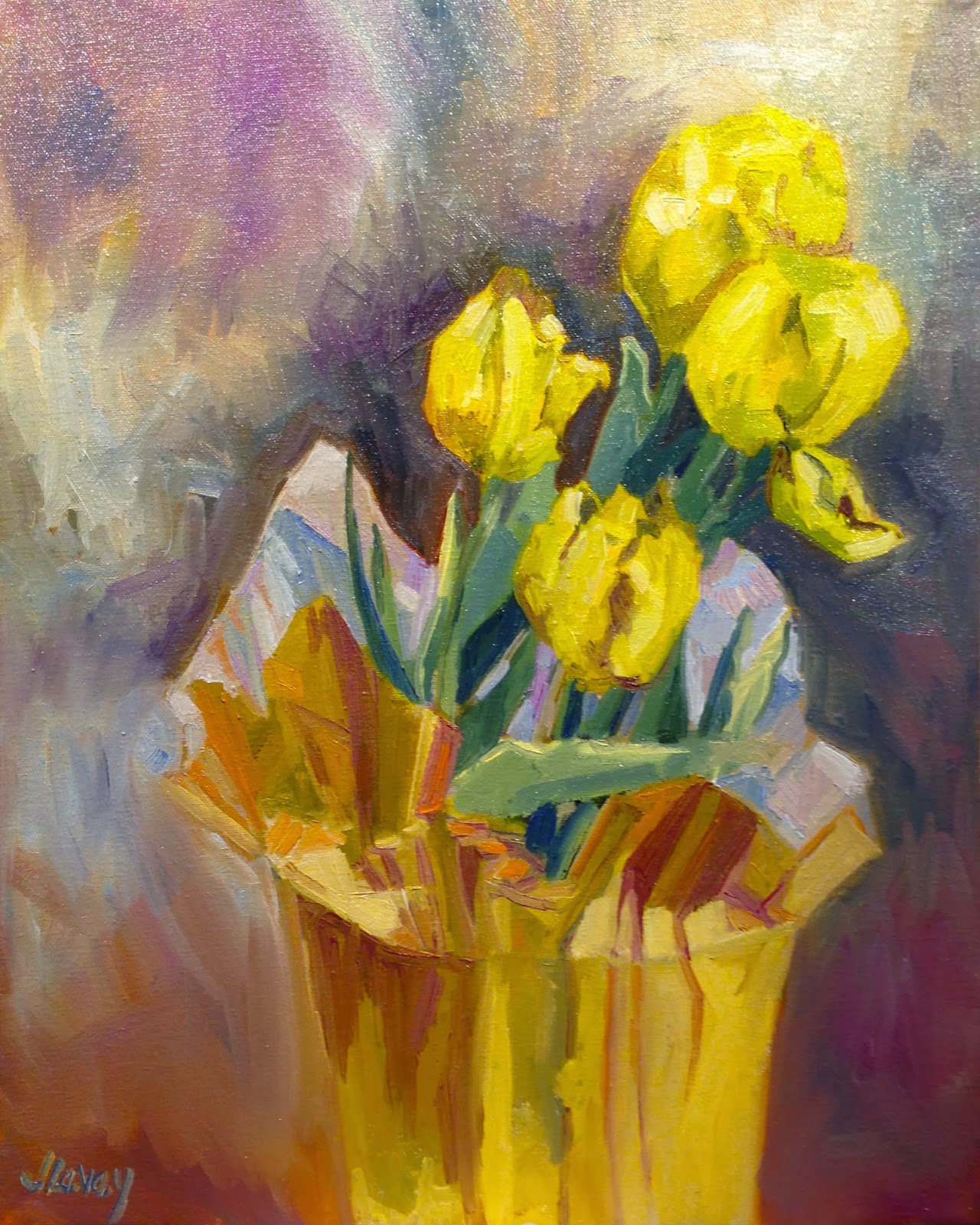 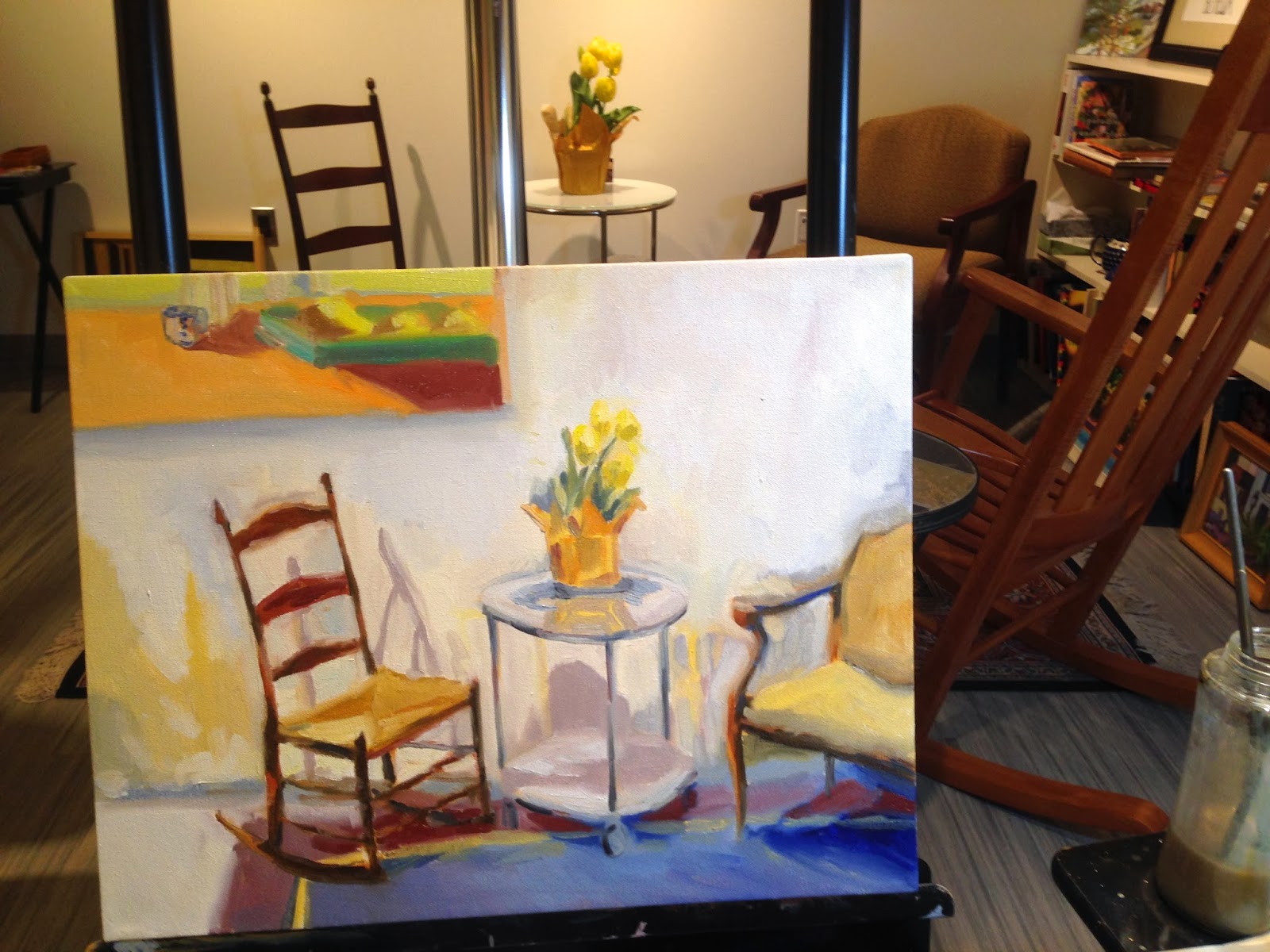 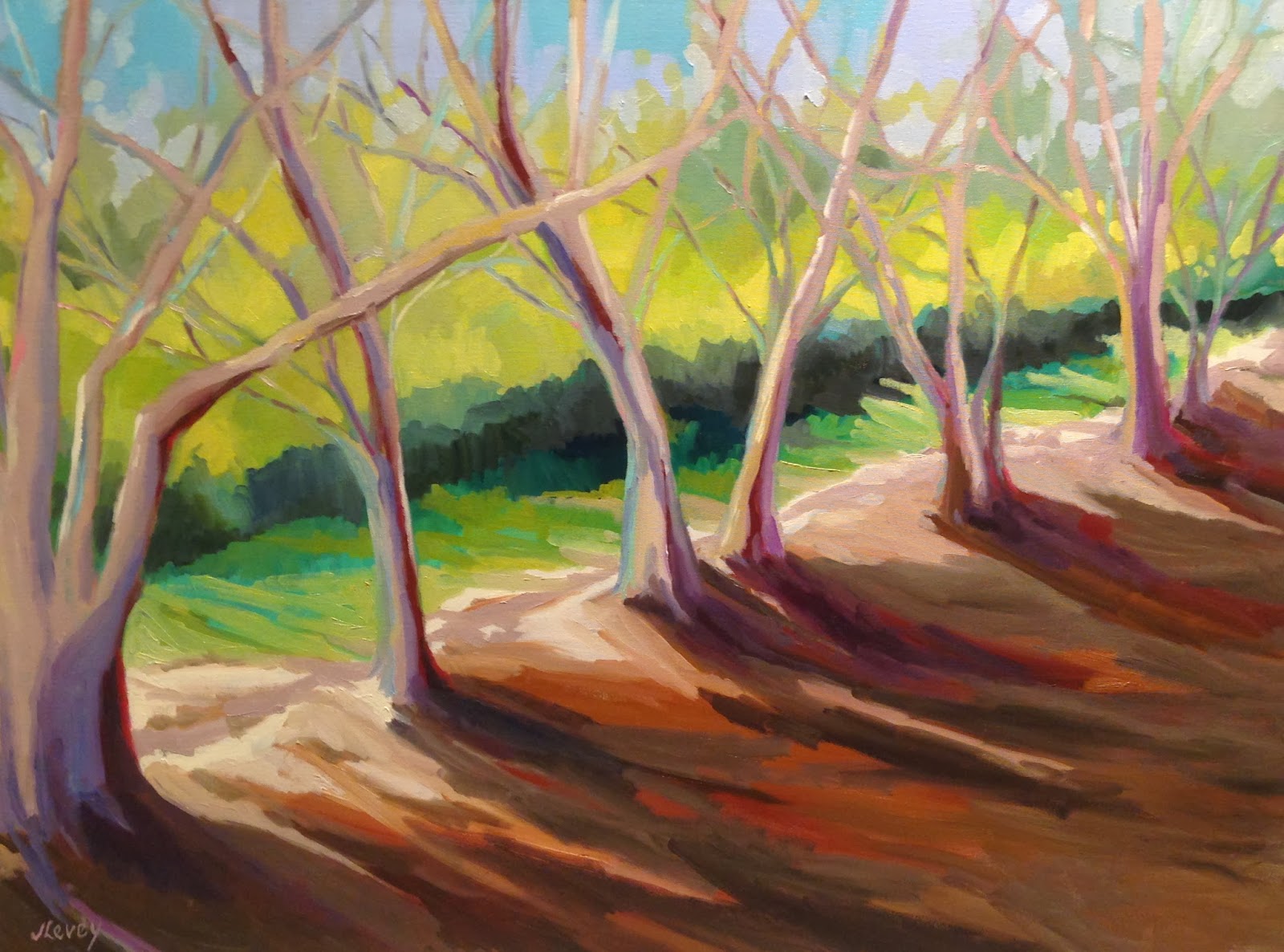 The other painting I worked on this week was a 30" x 40" painting of the manzanilla trees on the beach in Mexico.  The 8" x 8" little study I had to work from was well suited to opening up into a rectangular painting.

One funny thing about the small study -- while in Mexico, a little boxer dog that had been visiting the house I was in, decided to take a leap up onto the bench next to the ledge the painting was drying on.  The first thing I noticed was the paint on the bench cushion… and then the dog paw print on the painting.  I didn't fix the paw print on the little painting -- it's a funny memory with a sound track -- the British voice of the dog's owner asking "but how do you know it was my doggie?"  That would be because I saw him on the bench….
Posted by Judy Gilbert Levey at 12:30 PM No comments:

I was looking today at a book of Wayne Thiebaud's work.  He's an inspiration to many artists, I'm not the only one out there who loves his work and studies it for ideas about color and composition.   I know that influence on art is a tricky thing -- there's influence, and then there's unoriginal work.  I like to think of myself as influenced, but I was struck this morning by two paintings I'd done recently and two works in the Thiebaud book.  These are his. 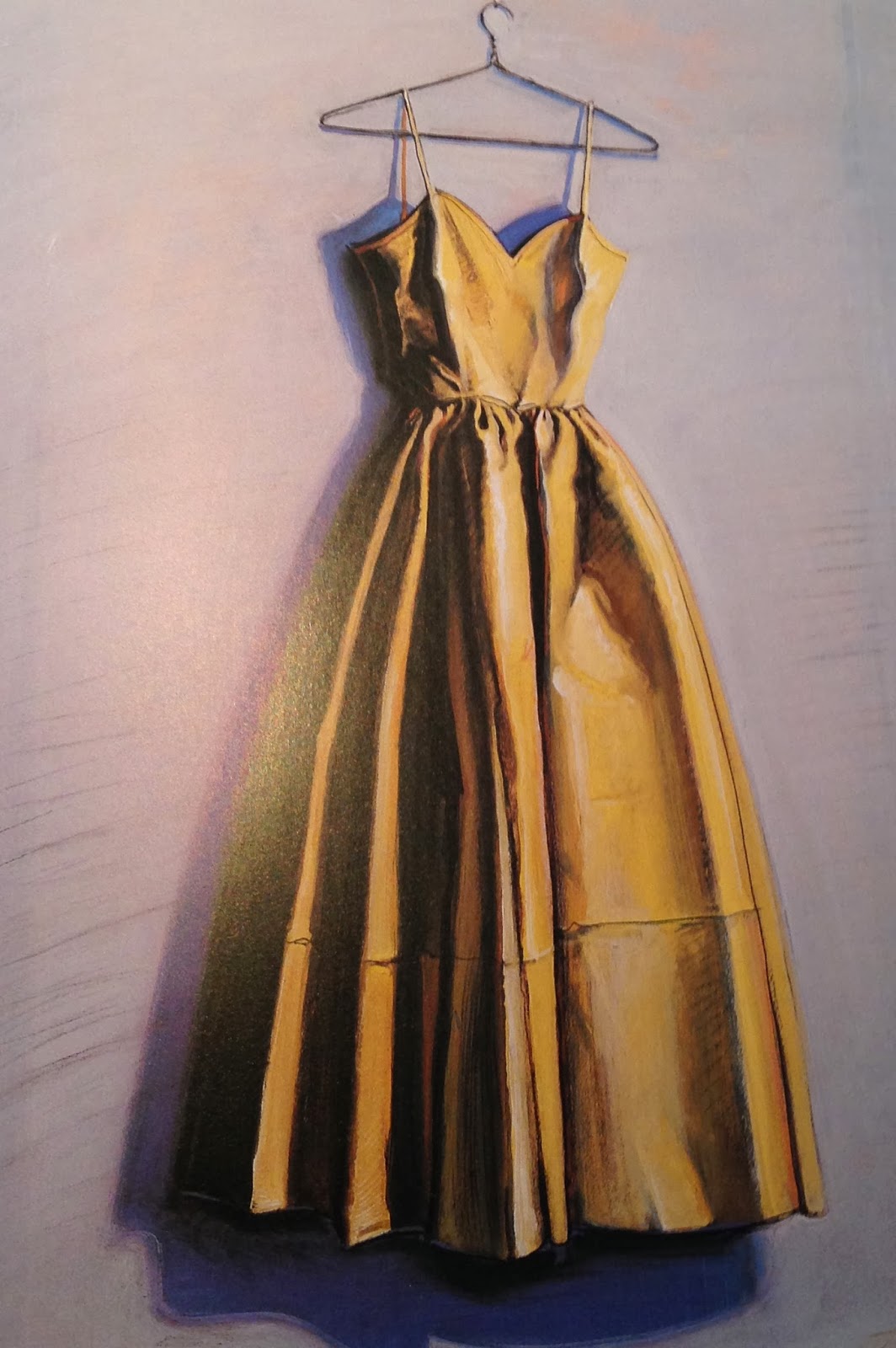 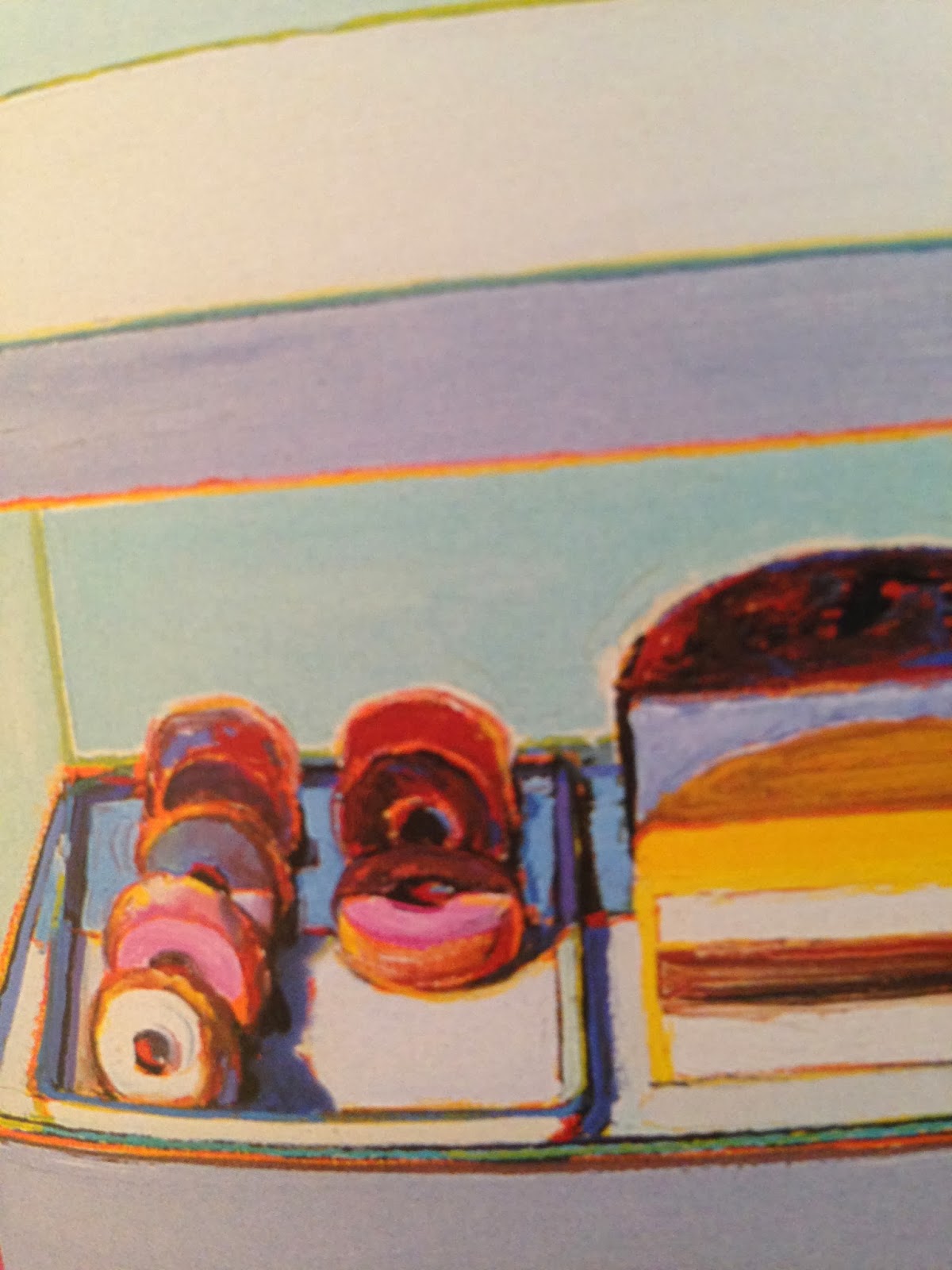 Posted by Judy Gilbert Levey at 12:55 PM No comments:

Tonight was the first Bethesda Art Walk since we opened Studio B.  The Art Walk is the 2nd Friday of every month and includes stops at the area galleries.   We had a really nice evening and good turnout.

I was a little concerned about spending the time talking about my work while people came through the studio and solved the problem with donuts.  A new donut shop opened just a couple of weeks ago right near the studio, so I bought a few Valentine decorated donuts to paint.  I painted my daughter into an early version of the painting, but took her out… and then she took a bite out of the donut in the front.  It was fun to paint and fun to talk about. 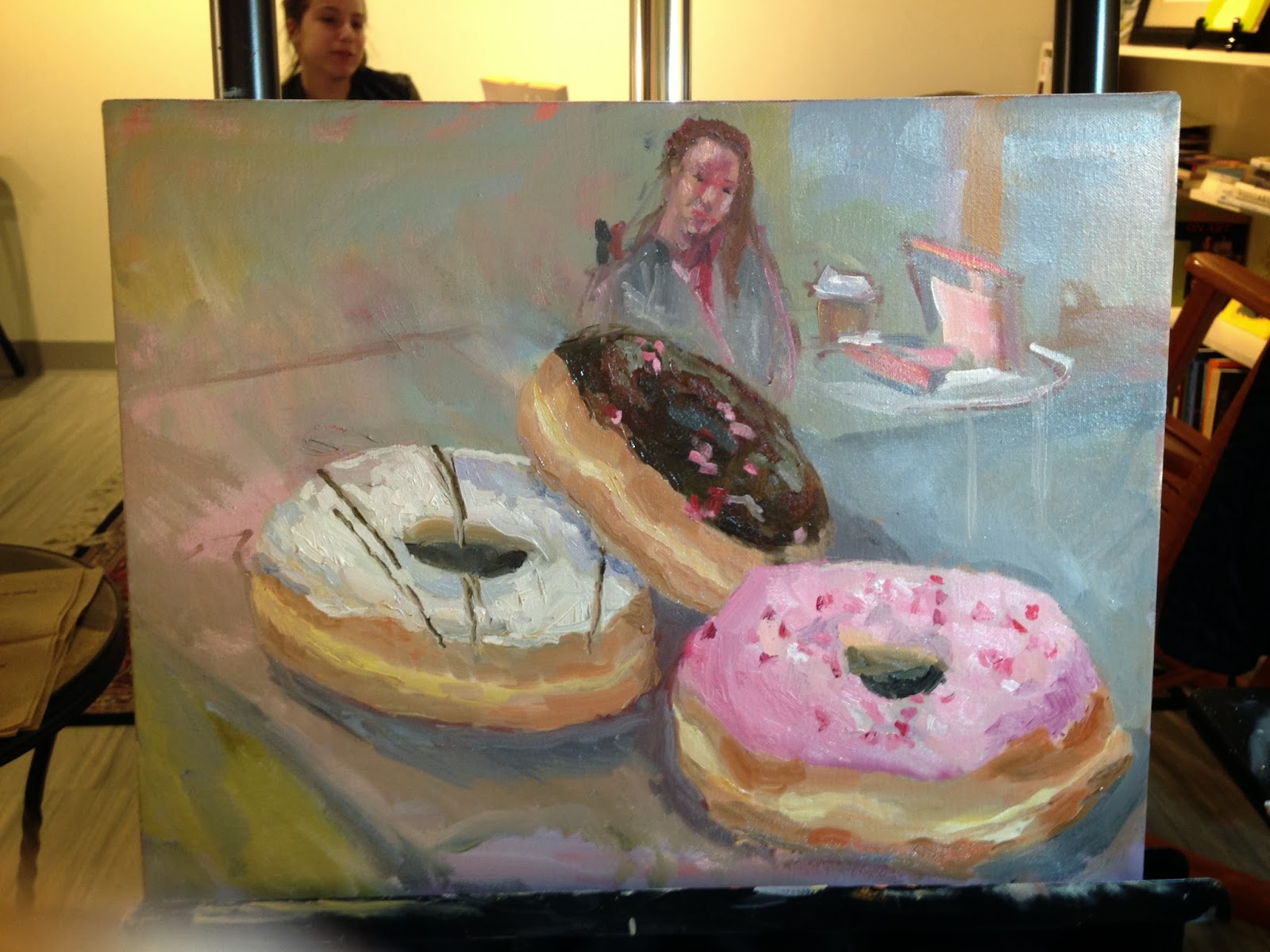 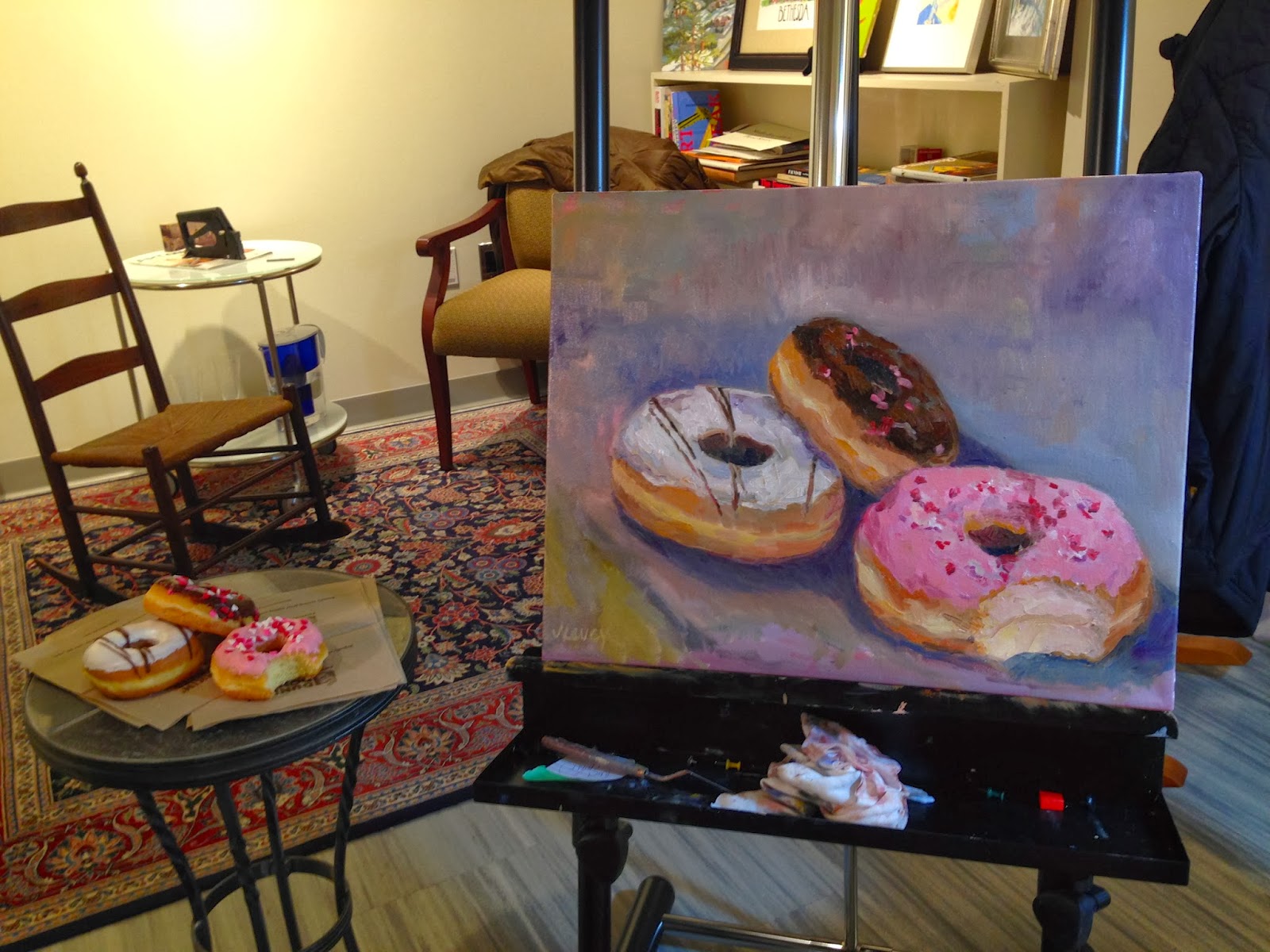 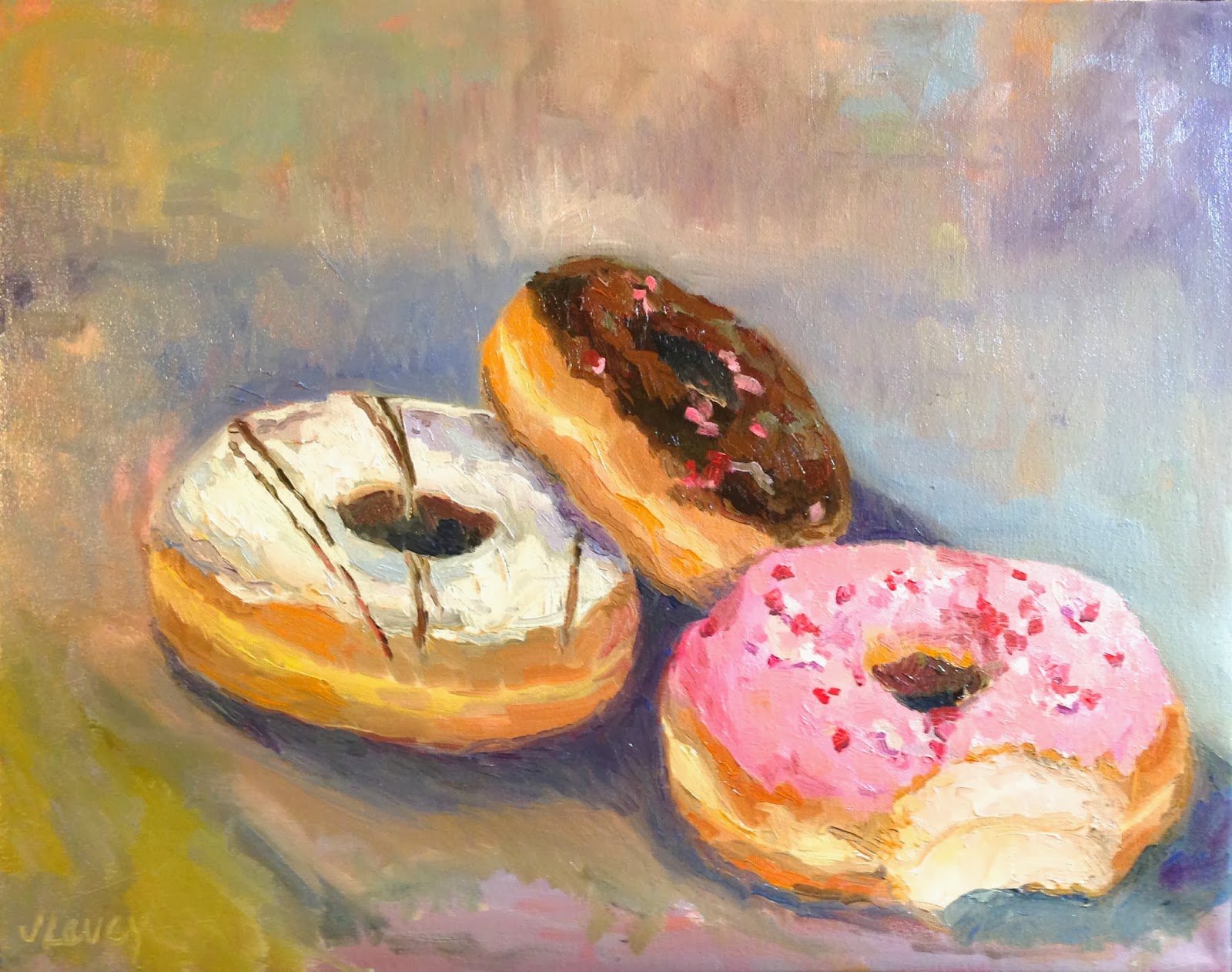 Posted by Judy Gilbert Levey at 6:43 PM No comments: 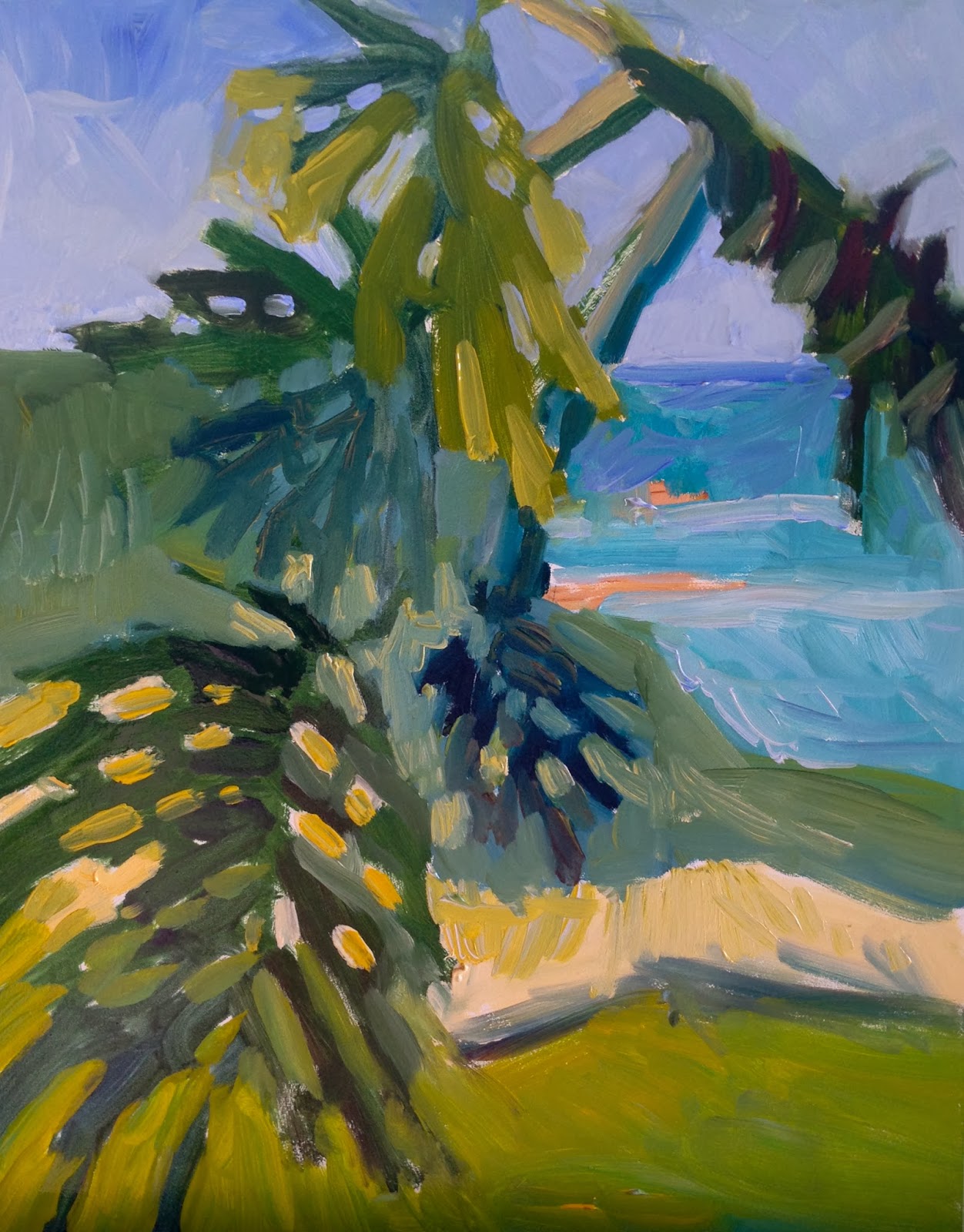 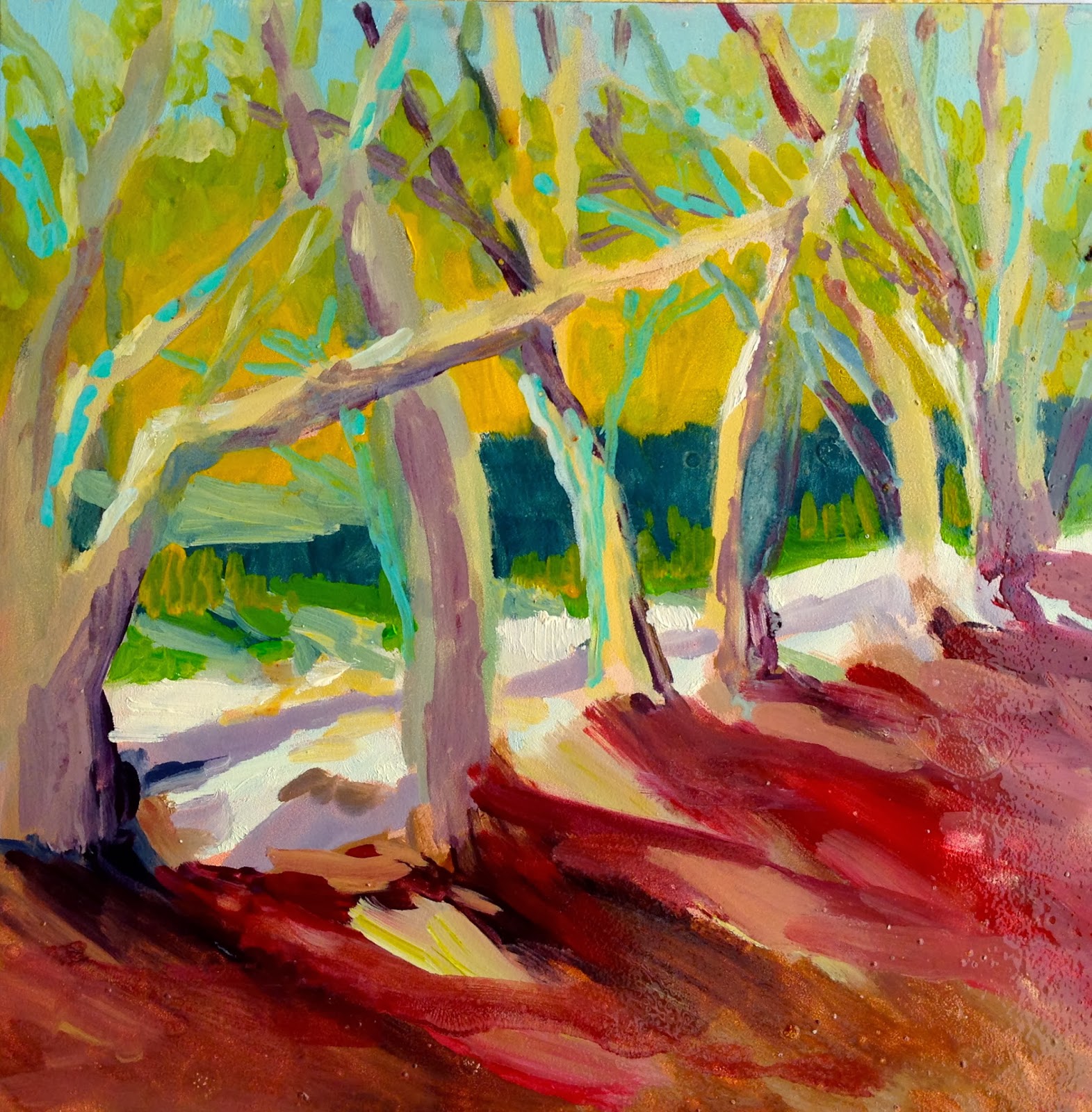 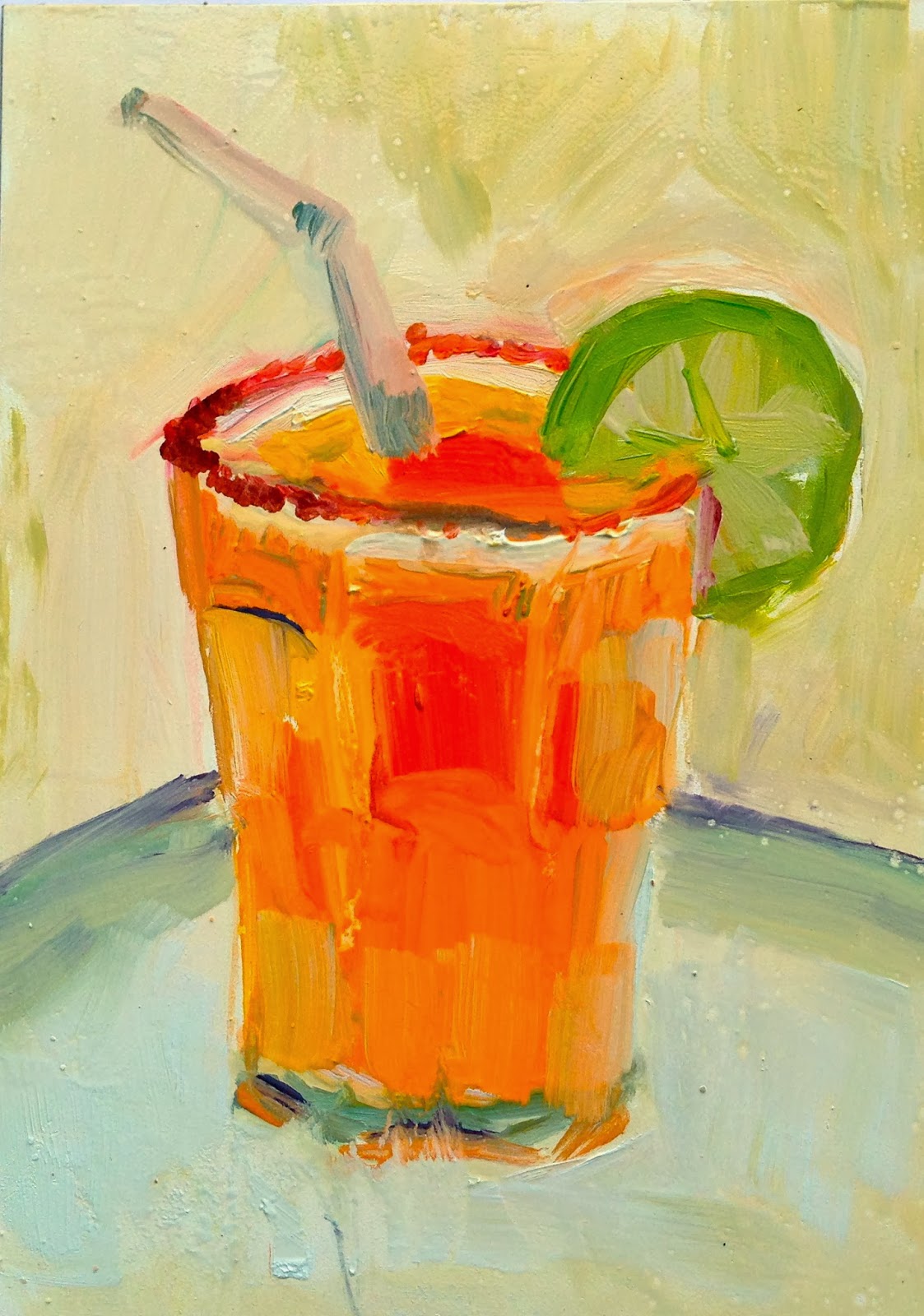 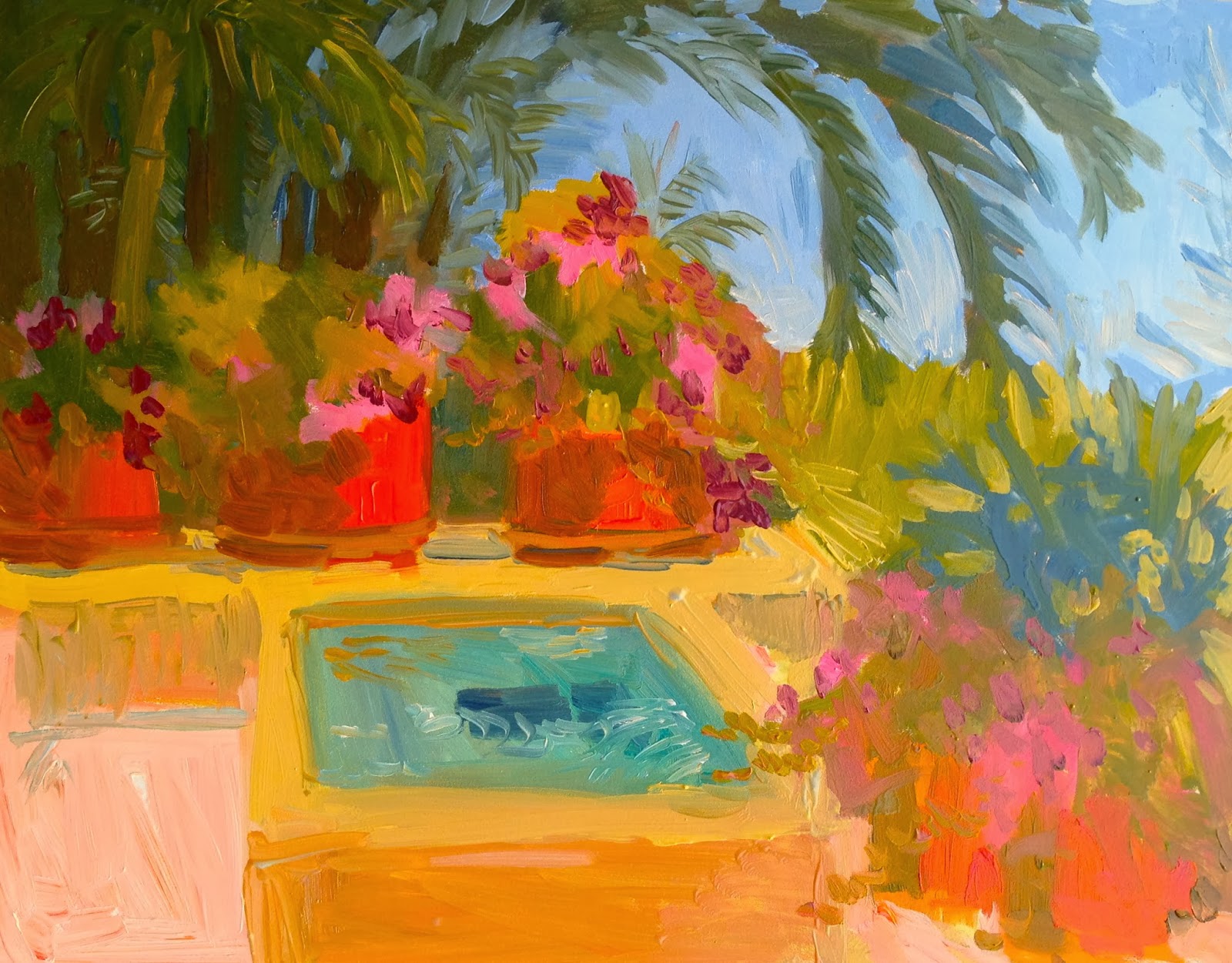 Posted by Judy Gilbert Levey at 2:38 PM No comments: 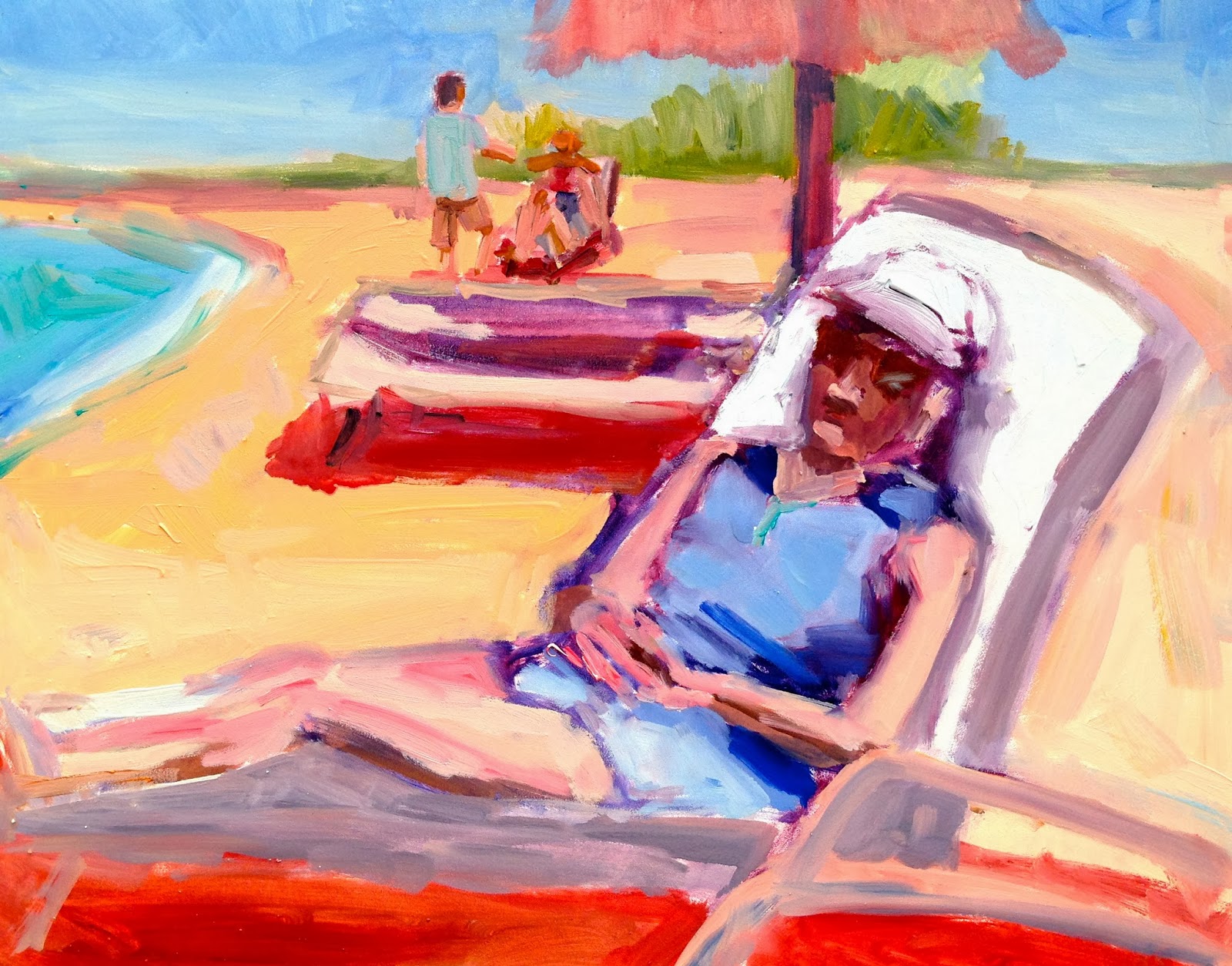 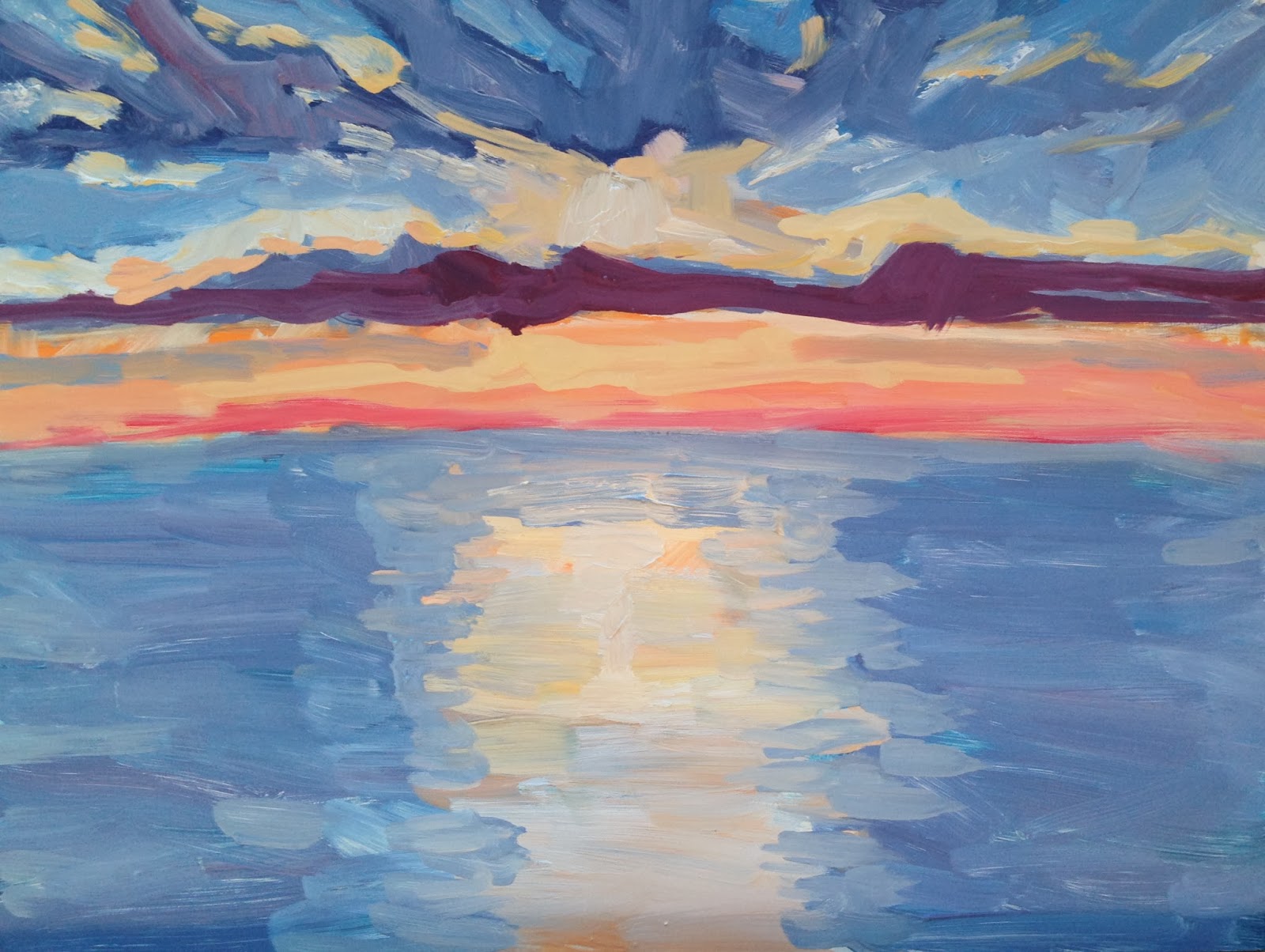 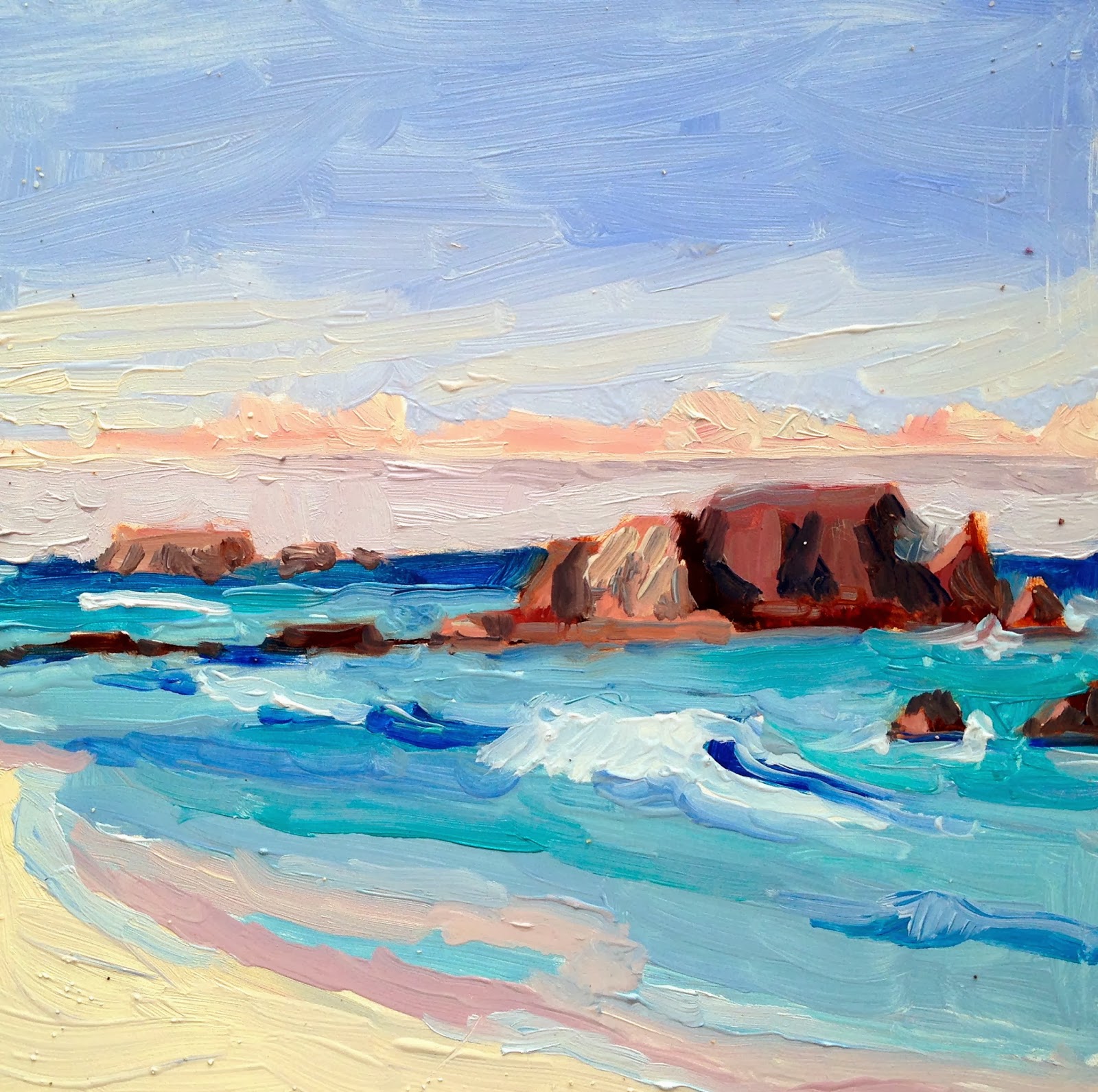 Posted by Judy Gilbert Levey at 4:15 PM No comments: 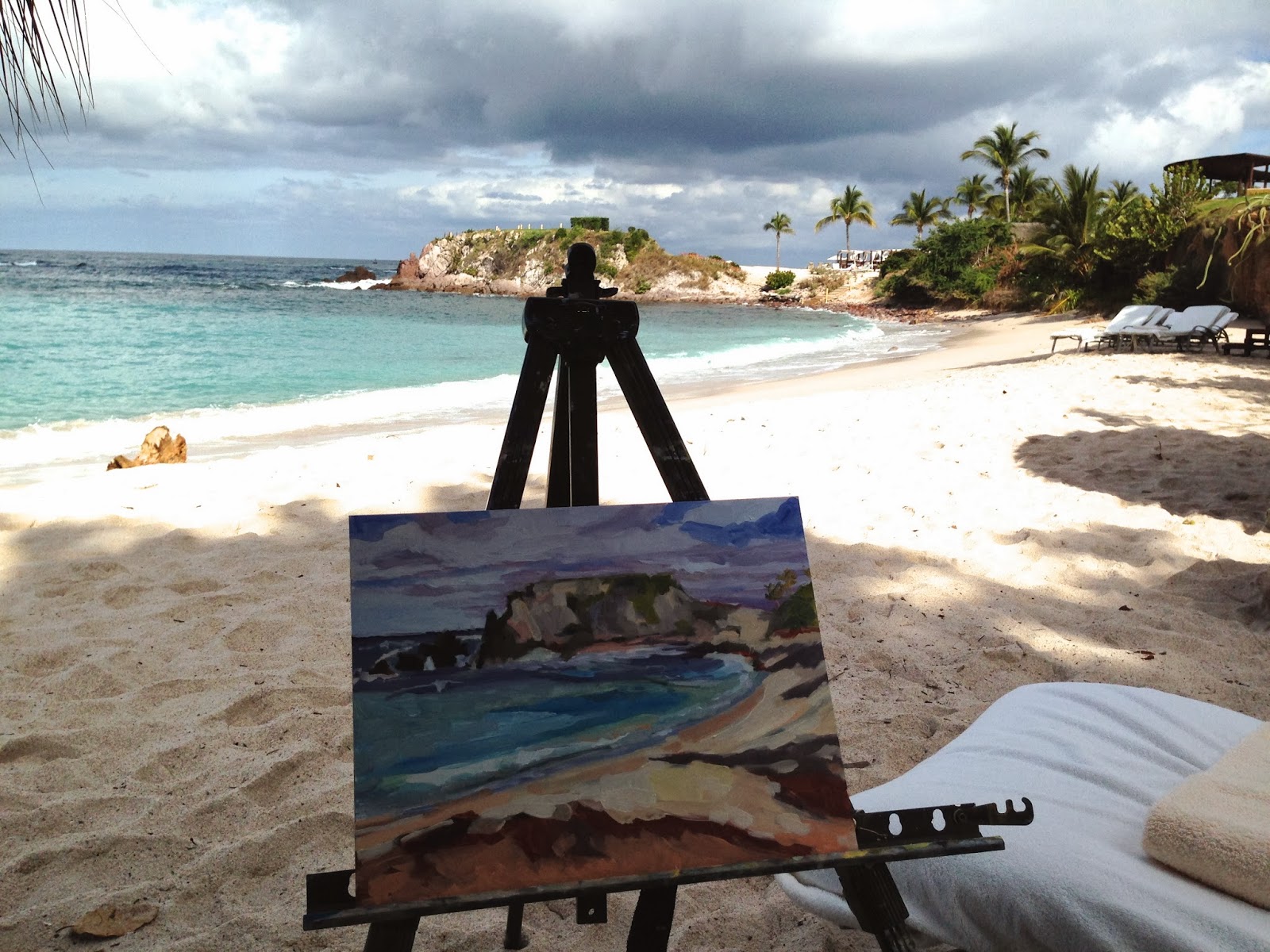 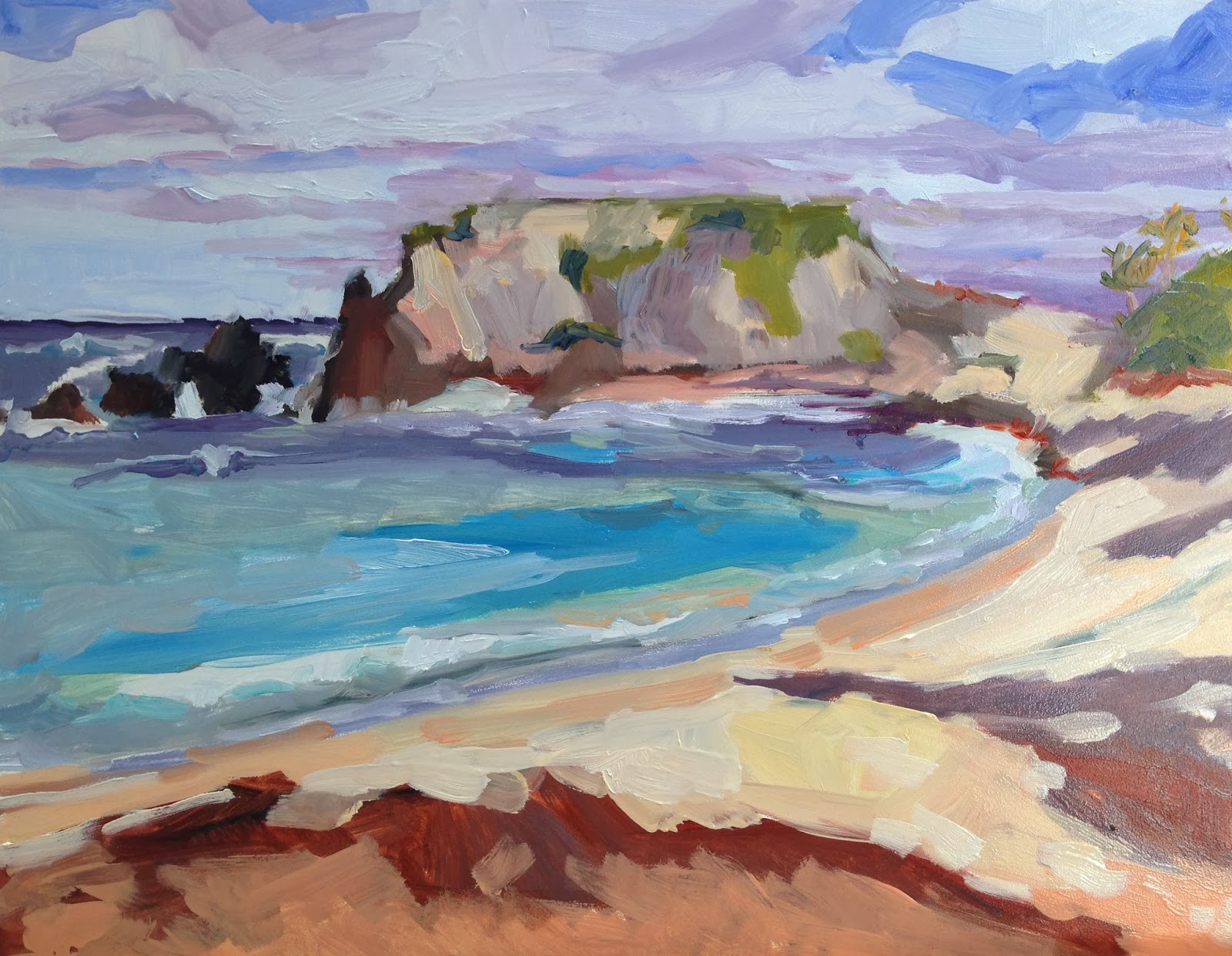 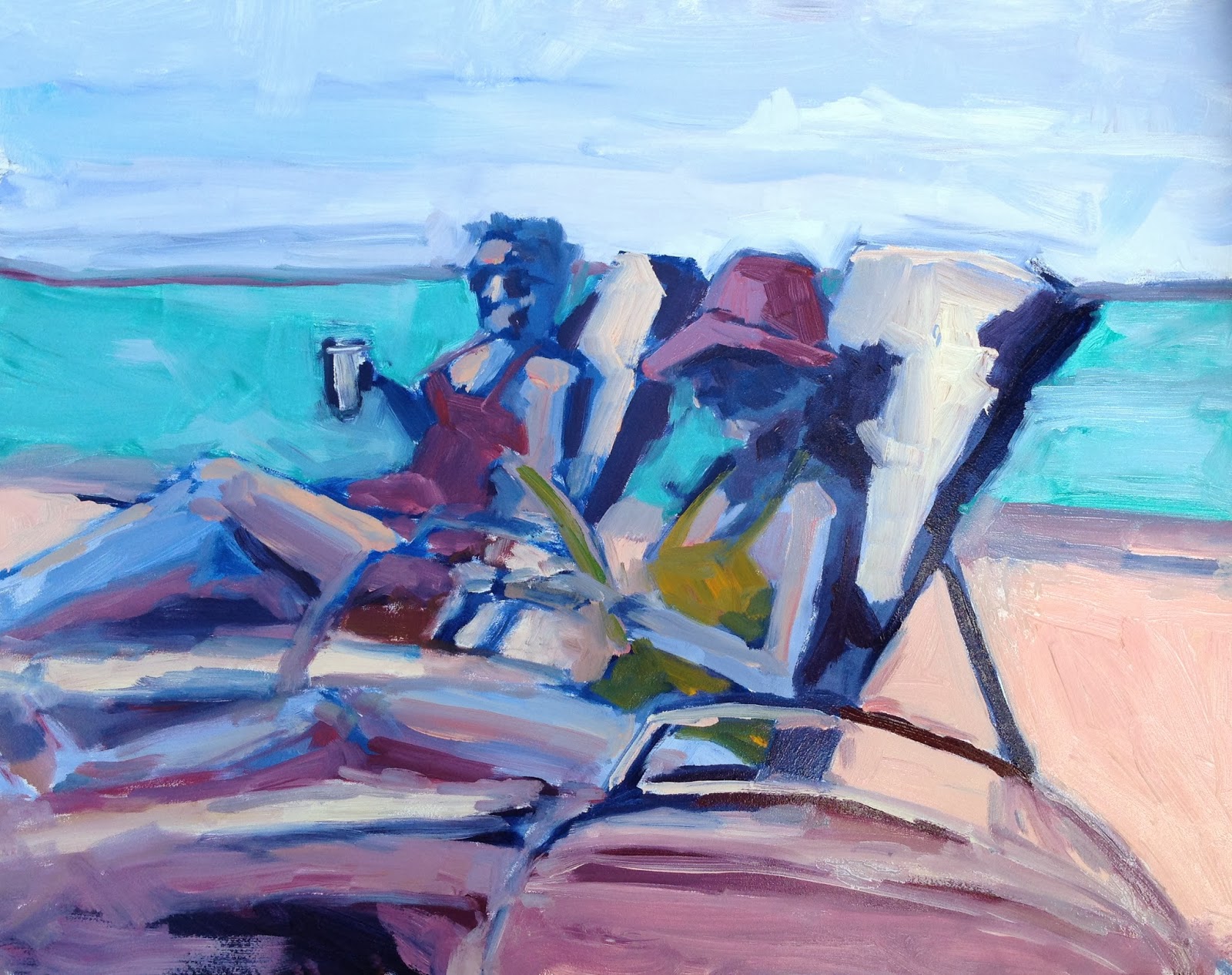 Posted by Judy Gilbert Levey at 8:09 PM No comments: